Pilgrimage in Sapa at the beginning of the year

The spring is the season of the festivals in Sapa, so in every spring, tourists from all over the country come and visit here to pilgrimage and have the opportunity to go sightseeing. Here is a series of sacred temples in the region.

70 kilometers far from Lao Cai city, Bac Ha town is an appealing destination with many historical relics and particular culture found in the regular Halong Sapa tours. It is recognized as a National Cultural and Historical Monument in 2003. 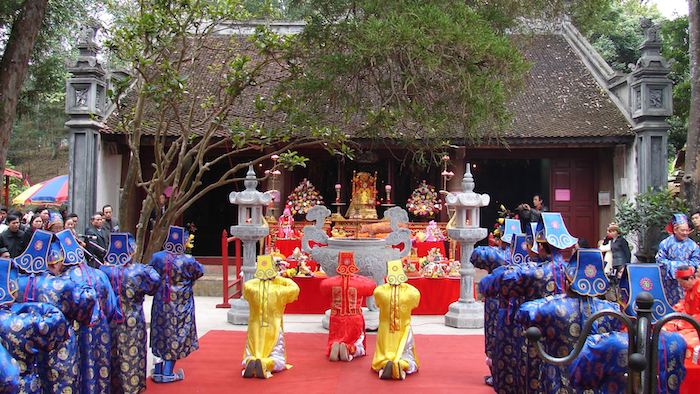 Thuong temple in Lao Cai ward is where the confluence between Nam Thi and Red river flows into Vietnam. The temple worships Tran Hung Dao who had three times defeated Nguyen invaders.

The historical relics of Thuong temple’s culture is associated with the surrounding natural landscape of the motherland, where the road in the economic corridor of Con Minh - Lao Cai - Hanoi - Hai Phong.

It is not only a strategically important position in economy and defense but also a distinctive mark on culture and national history, affirming the national territory and sovereignty of the Vietnamese at the border.

At this point, visitors not only admire the majestic appearance of the temple where worshiping Holy Tran, reminisce the tradition of the ancestor but also be merged with the atmosphere of festive jubilation with many types cultural activities, vibrant national identity, and the indispensable tourist attractions in their travel.

The Festival of the temple of Lao Cai city is held annually on the full moon day of the year, with many activities and traditional characteristics of the Vietnamese. 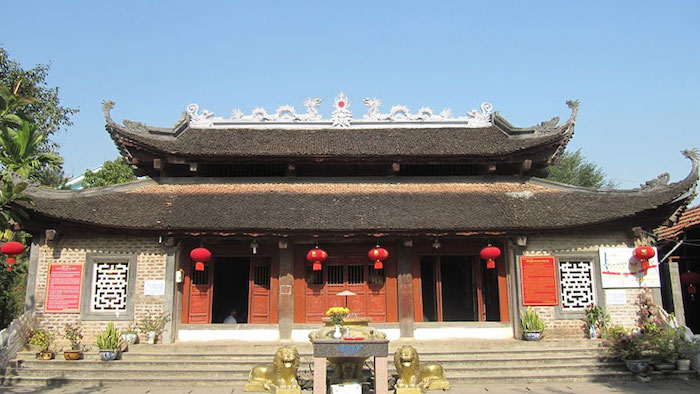 Lao Cai’s Holy Mother temple was built in the 18th century, located at border crossing No. 102 between Vietnam and China, near the border gate of Lao Cai (in old Bao Thang, Chau Thuy Vi, Hung Hoa province). Initially, the temple was a small shrine on the banks of the Red River and Nam Thi river. Through many renovations, the temple is now spacious with 9 chapels.

It worships Lieu Hanh Princess beside many gods such as the Emperor of the Holy, Hoang Bay, Hoang Muoi, Thu Den, and De Nhi Son Trang. The statues in the temple have a majestic appearance. Under the feudal dynasties of Vietnam, people decorated the temple three times. In 2011, the temple was rated by as a historic national level.

The main ceremony of the year is Nhat Lieu Hanh, celebrated on March 3 of the lunar calendar. 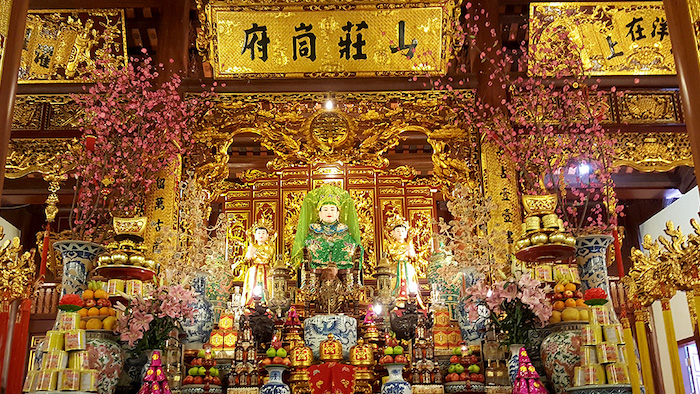 The space inside Doi Co temple

In the past, Lao Cai was a busy trading place between the lowland and the upstream region. On that day, two young girls from the village of Dinh Bang - Bac Ninh went to the cloth trade. Two girls often slept in the town of Chieng On to sell clothes and take other products to bring back. However, after a few days, Chieng villagers discovered that the two girls had died. They set up a shrine and called it Doi Co (Two Girls).

Since then, the villagers have prospered and the harvest season has become wealthy. Not only the locals but also visitors all over the country come here to burn incense to remember the two young girls who were always kind to help the local people. Day by day, the small shrine has been renovated several times to become a more spacious temple attached to the name of Doi Co temple as today.

Through the ups and downs of history and the many changes of war, the ever-existing Doi Co temple has become more and more widely built to meet the needs of leisure and activities, spiritual culture of visitors. Like other temples, Doi Co performs several festivals such as the Thuong Nguyen Tet Festival held on the 10th of January (lunar year).

We hope that the destinations above will be the overwhelming choices for your pilgrimage trip to Sapa! If you have any question about Sapa tour package, please contact us! Like and share the article if you find it interesting. Thank you.

NAVIGATE Pilgrimage in Sapa at the beginning of the year