A famous spot is known for beautiful scenery of Sapa which is Ham Rong Mountain, located in the center of town. The main geomorphology is Casteur. Ham Rong is surrounded by many different types of mountains, evergreen forests with other broadleaf trees. With the height of the top, there have almost no more trees, sporadic bamboo mountain, and wind of dust. The average temperature Ham Rong mountain is from 15-180C, the average rainfall about from 1.800 to 2.000mm, particularly, the climate has a change with the appearance of snow and frost. Ham Rong Mountain is considered as one of the potential spots for tourism and it plays an important role in the transition of the economic structure of the province. It is an indispensable itinerary of tourists to Sapa. 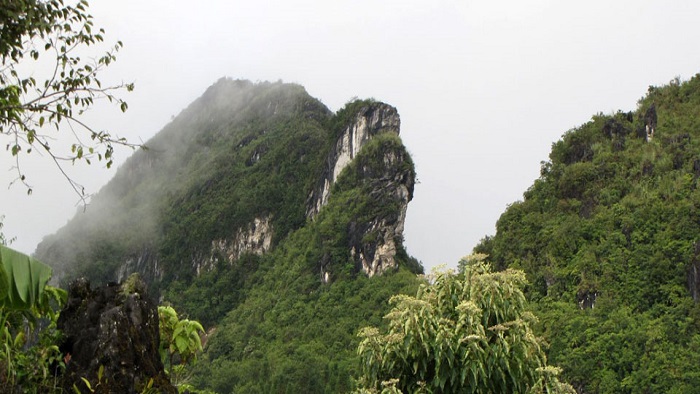 Started work in 1996, Ham Rong resorts has 148 hectares width, which fully exploited the wild character, nature of the moss stone forest. Ham Rong is a miniature Sapa; it likes a dragon flying among white clouds. There are many legends about this mountain. The most interesting folklore is said that when Sapa was sinking in the ocean, two dragons brothers came here, his father discovered that thing so he called two dragons to come back home. The big brother dragon heard so he few into the heaven, the little dragon was playing in The Water Palace who could not hear. After a long time, the little dragon few into the heaven but it had closed. The little dragon had to stay on the earth forever and he turned into a mountain. Sapa is very fascinating with the cool climate, special cultural landscape, Ham Rong Mountain is considered as the Sapa’s fairy. From Lao Cai to bridge 32 to Sapa is about 6 kilometers, tourists can see the mountain in the middle of the immense space. It likes a dragon with the curving body.

Ham Rong Mountain of the majestic Hoang Lien Son Range in northern Lao Cai province’s Sapa district has been listed among top 8 stunning sunsets in the world, according to the US’ Huffington Post newspaper.

“The sun sets over the mountain range across the valley, and the fading light paints the town and surrounding area with an array of color”, says the newspaper. 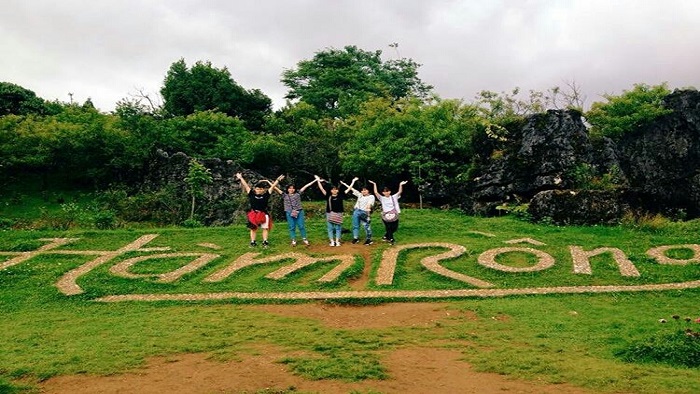 The Huffington Post also notes that visitors have to pay about VND70,000 (US$3.25) for access to the mountain park, but it's worth doing it once.

Ham Rong Mountain peak rises as dragon-head. The name of Ham Rong was derived from the legend that, in primitive age there were a couple of dragons which became attached to each other while the deluge was rising high. Walking up, they hurrily separated from each other but failed. They were drifted to different places.

After a long time, the female dragon was petrified but still tried to raise its eyes to the male dragon on the Hoang Lien mountain in the west because its instinct for survival remained.

Currently, the Ham Rong Mountain is home to a number of some pretty orchid gardens and "rock gardens".

Hope that after the post, tourists will have more useful information about Sapa. If you need more, you don't forget to visit our website.